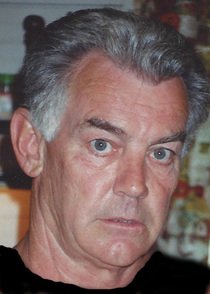 WENDELL – Willard “Bill” Miles Johnson, 72, affectionately known as Babe died on Saturday.  A native of Wake County he was son to the late Charlie A. & Flossie Batten Johnson.  Bill was a brother, friend, and mentor to many people.  He had a zest for living life to its fullest.  He was firm in his convictions yet had a heart of gold.  He was owner of Johnson & Mitchell’s Hairstyling as well as several other salons throughout his storied life.  Bill served his country in the U. S. Navy.   He was preceded in death by brothers and sisters-in-law, Charlie Ray Johnson (Mary Ann), and Larry Johnson (Linda).

In lieu of flowers, memorials are requested to the Methodist Home For Children.

A memorial funeral service will be held 8 pm, Tuesday, Strickland Funeral Home Chapel, 211 W. Third St., Wendell, with visitation from 6-8 pm, prior to the service.  www.stricklandfuneralhomes.net