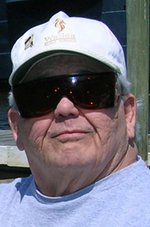 WAKE FOREST – Walter Robert “Buzz” Crowe, 72, died Saturday.  A native of Wake County he was son to the late Walter & Ora Walters Crowe.  Walter served in the National Guard as well as the U. S. Army.  He played football for Army, and was a coach at Skyline High School in Oakland, CA and for Pop Warner Football.  He was also involved in the Boy’s and Girl’s clubs as well as Boy Scouts. His love of the Lord was his greatest strength.

He lived a full life and was a jack of many trades holding jobs as fireman for 8 years, salesman and customer service rep.  He ministered to others through preaching, singing in the choir, involvement in theater, and as a deacon in church.  He always had a smile and joke: What did the barber say to the three headed man? Hello, hello, hello.  We will miss you sweetheart, dad, papa, and our friend.

Funeral service will be 3 pm, Friday, Oak Grove Baptist Church, Youngsville.  Visitation will be from 2-3 pm, prior to the service.  Interment, Wake Forest Town Cemetery.