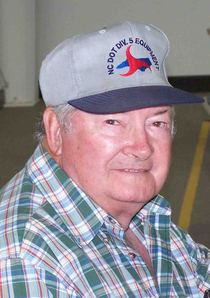 Wallace Reid Brantley of  Zebulon, formerly of Garner passed away peacefully on April 2, 2016 and is now resting at the hands of his Lord and Savior.

Wallace was born to the late Walter B. Brantley and Lessie B. Brantley of Zebulon on July 29, 1929.  He was a devoted husband, father, grandfather and great-grandfather.

Wallace never met a stranger, his charismatic charm and quick wit offered him the opportunity to befriend all those he encountered. He never met a deer stand he didn’t like or come across something he couldn’t fix. As an avid hunter, he could often be seen in his truck riding roads looking for deer around his home.

He was truly a jack-of-all-trades, who would never miss the opportunity to enjoy ice cream, visit a flea market or spend time with his family. He found pure joy in making those around him laugh, but his laugh was contagious and just one of the many things that made him so special.

He is survived by his loving wife of 68 years, Ann T. Brantley; four children: Steven Brantley (Kathy) of Wilmington, Kevin Brantley (Debbie), Kerry Brantley (Susan) and Robin Hicks (Glen) all of Zebulon. In addition, seven grandchildren: Shannon Winslow and Shane Brantley of Wilmington, Allen and Matthew Brantley of Zebulon, Beth Brantley Horner of Rolesville and Jeremy and LeAnn Hicks of Zebulon. Along with seven great-grandchildren who affectionately referred to him as Papa: Christian Brantley, Macy and Avery Killian, Madison and Taylor Brantley and Andrew and Meredith Horner. He is also survived by his brother, Bobby Brantley of Zebulon and a host of nieces and nephews.

Wallace is preceded in death by his parents and siblings: Phoebe Baines, Reba Cone and Dewey Brantley all of Zebulon.

In lieu of flowers, contributions can be made in honor of Wallace Brantley to Union Hope Baptist Church.

The family would like to extend immense gratitude for all the prayers and support they have received over last several months, especially Liberty Hospice Services, Audrey Baines and Marie Denton.