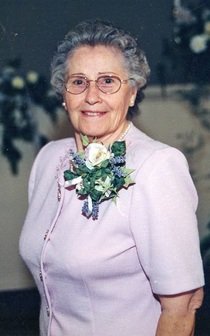 MIDDLESEX – Virginia Woodard Wilder, 94, went to her Heavenly home on Thursday.  A native of Johnston County she was the daughter of the late Roberson D. & Fannie Stancil Woodard.  Virginia was a kind and sweet woman. She was preceded in death by her husband, Connie W. Wilder, son Ray Wilder, & brothers, Vernon and Roland Woodard.

Flowers welcomed or memorials may be made payable to Friendship Free Will Baptist Church c/o Established in The Faith, PO Box 601, Bailey, NC 27807.