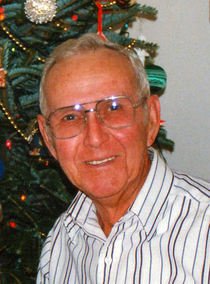 WENDELL – Victor Berdon Richardson, 92, died Wednesday.  A native of Wake County he was son to the late Helfin Daniel & Sarah Lee Cook Richardson.  He was a good Christian man who loved his family and served his country in WWII in the U. S. Navy.  Berdon was a farmer, carpenter, and friend to so many.  He was preceded in death by his beloved wife of 64 years, Mollie Grey Richardson, eight siblings, and a great grandchild.