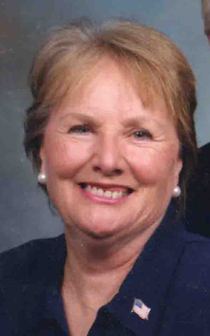 Senia Iola Parker, 82-years-old, passed away peacefully on March 12, 2016, surrounded by her family. Ola or “Sister”, as she was known to her family, was born in Duplin County, North Carolina on September 26, 1933. She was the daughter of John William and Beulah Bradshaw Taylor. She, and her twin brother, Herman “Smut” Taylor, were the youngest of 9 children.

Ola was known for her wit and demeanor which made strangers friends after a few minutes. She was the consummate southern lady, displaying kindness, grace and, hospitality throughout her life. She was however, more than anything, a Christian. It was through God’s grace that we were blessed with her in our lives for so many years.

After graduating from Fuquay Springs High School Ola met her sweetheart, Roland Parker. The couple married on May 4, 1955 and they began their life long journey together. Much of their life was spent running Parker’s Trading Post in Pearces, NC. The small country store in Franklin County was a daily stop for local farmers and many in the surrounding communities. Ola and Roland greeted everyone as a friend and became fixtures in the community for many years.

Married for 52 years, Ola and Roland raised their 4 dear children, Mitch, Mel, Tim and Amy. Ola was a warm and loving mother who sacrificed much for her family. Her kind and selfless spirit was displayed throughout her life. She was a tireless caregiver to Roland as he battled Alzheimer’s disease, her courage and gentle spirit unwavering throughout his long illness. Roland passed away May 26, 2007 and she rejoins him now.

Visitation: There will be a visitation for friends and family of Ola “Sister” Parker at Strickland Funeral Home on Tuesday March 15, 2016 from 7:00 to 8:00pm.

Funeral Service: The funeral service will be presided by Pastor Mark Cottrell at Pearce’s Baptist Church on Wednesday, March 16, 2016 at 2:00pm.

Flowers welcomed or memorials may be made to Pearce’s Baptist Church or Transitions Hospice.

The family is deeply grateful for the outpouring of love, prayers, and support in many heart-felt forms from too many people to name individually, but including: Transitions – family and friends – either through prayer and/or visits, neighbors, and even random acts of kindness through total “strangers”.