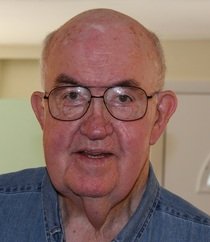 Roger Griggs Dale, 83, went home on June 5, 2016.  A native of Adrian Missouri, he was son to the late Jesse Elmer and Leona Griggs Dale.  He was an Elder Emeritus at Covenant Presbyterian Church here in Wendell. He also volunteered in the nursery for a time. He served as both an Elder, Deacon and children’s Sunday School Teacher at the First Presbyterian Church in Joplin MO. Much of his life was lived on farms both growing up and after he was married.   He was a Golden Gloves Boxing Champion and served in the Air Force as an Air Traffic Controller in French Morocco as a Deacon in Joplin, he was instrumental in starting a clothes closet for the needy that went on to become a city wide clothes closet in it’s own building.  He was preceded in death by his 5 brothers & 3 sisters.

In lieu of flowers memorials may be made to the Heritage Fund at Covenant Presbyterian Church.

Memorial service 3 pm, Wednesday, Covenant Presbyterian Church with visitation from 2-3 pm, prior to the service.