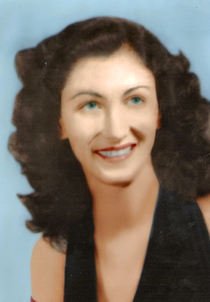 WENDELL – Nelba Whitt Pixley, 90, died peacefully Saturday with her daughter by her side.  A native of South Boston, VA, she was daughter to the late Hubert A. & Mary Ford Whitt.  She graduated from Cluster Springs High School in 1942 and received her nursing degree from Halifax Community hospital in 1971, after which she nursed at Watts Hospital in Durham and later Person County Memorial Hospital in Roxeboro where she lived with her beloved husband of 47 years, R. B. Pixley, Jr. who preceded her in death.  She traveled extensively with her daughter.  She was hard working and loved helping her daughter with refinishing her dream home.  She was also preceded in death by her sister, Sarita Whitt Mourek.

She is survived by her daughter, Dale Pixley of Wendell, and niece, Andrea Norman of Palm Coast, FL.