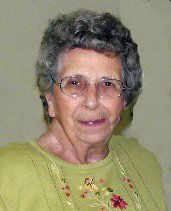 ARCHER LODGE – Mary Lou Ayscue Gordon, 82, went home to the Lord on Sunday.  A native of Franklin County she was daughter to the late Everett & Elsie Height Ayscue.  She worked as a Registered Nurse for 30 years at both Wake Med & later Johnston Memorial until her retirement.  She was always a very kind, gentle, and loving woman who put others first.  Mary Lou attended White Oak Baptist Church with her family.   She was a deaconess for several years and was also a founding member of the Caregivers Ministry to help with the elderly, shut-ins, and sick in the church and community.  She devoted her life to her family, church, and community.  She is one angel that will be greatly missed.  She was preceded in death by her husband of almost 50 years, whom she met while caring for him in the hospital, Richard Ashley Gordon, Sr.

In lieu of flowers memorials are requested to White Oak Caregivers or SECU Hospice.