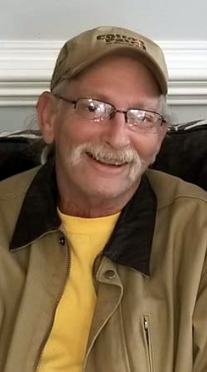 Mark Dorin Reiss, 73, passed away Friday, November 4, 2022, at his home in Knightdale, NC. Mark was born to Israel Leon and Edna Mae (Bruhl) Reiss in Babylon, NY. Mark was the oldest of two sons. Mark was proud of his polish and Jewish heritage. Being surrounded by a close-knit extended family while young showed Mark the importance of family. Mark along with his brother, Bart and their cousins enjoyed many adventures growing up in New York including the world’s fair, Coney Island and the original Nathan’s hot dogs.

Mark’s family loved animals. This helped develop Mark’s love of pets that he later instilled in his children. Always making sure they have a best friend, even getting Kelly two pet frogs as a teenager.

Israel was a designer for Izod, a career that had the family moving serval times during Mark’s childhood. Mark spoke highly of his time in Lebanon, PA. Later, he showed his children where he walked “3 miles” in the snow to get to school.

As a boy, Mark joined the boy scouts, fueling his passion for outdoor adventures. A passion he later passed to his grandsons when he started taking them to boy scouts as well. In his teens, Mark moved to Abbeville, SC whereas a teenage boy he feel in love with cars and played baseball to pass the time. Mark attended college in South Carolina and joined the National Guard.

Upon Retiring Israel and Edna settled in Wilmington, NC. Having his family so close to the water fueled Mark’s passion for the water. Mark was able to enjoy many weekends boating and fishing with his father before his passing in 1988. Durning that time, Mark purchased his beloved Wellcraft boat. On that boat, he enjoyed many adventures pulling his children on wakeboards.

Mark moved to Raleigh and began his career in the automotive and trucking industry. Mark made many lifelong friends while selling and leasing trucks and was known for making an honest deal. Mark always enjoyed tinkering with engines, leading his family to many adventures on dune buggies and in a VW bus. In 1984, after selling them a firetruck, Mark joined the Eastern Wake Fire Department. He was proud of his service and often reminisced of the times when you could hang on the back of the firetruck sirens blazing.

Mark married Bonnie Baker in 1982. Bonnie came into his life with three young children. While Mark had many passions in life nothing compared to his role as a father. From the day he loaded up his International Scout and moved Keith, Kevin and Kelly into his home he loved them as his own. Mark said the best day of his life was the day Keith asked him if he could call him daddy. Mark wasted no time adopting the three. Mark gave them a childhood full of advantages and memories from family vacations, camping trips, shooting rockets, building cars and weekends on the houseboat. That houseboat held many happy memories for their family. Kevin will never forget how confused he was when Mark told him to grab the Christmas tree because they were going fishing. Mark was grateful for his many adventures with Bonnie. A few times they found themselves on a cruise ship right before departure. Unfortunately, Mark lost Bonnie way too soon after a long battle with breast cancer.

Mark was able to share his passion for cooking with so many. Sunday night dinners at his house became a tradition for many friends. Mark’s door was always open for anyone who wanted a plate and believed the more the merrier. Mark even began giving cooking lessons although bread was always still burnt.

In 2007, Mark began his second wind in life when he became a grandpa for the first time. Then shortly after meeting and falling in love with JP. They married in 2011, giving Mark two more daughters. Mark and JP found their happy place in Chocowinity, NC by the Black River. They enjoyed many fishing trips and nights by the firepit, always enjoying the peace the stars brought. It brought Mark’s children so much joy to see his happiness finally. Mark loved to bring JP flowers and you could always find a vase of fresh flowers on the fireplace.

In 2014, Mark became a grandpa again to his namesake. Mark enjoyed sharing his love of brownies with little Mark, no matter what Kelly said, once letting little Mark have three brownies before dinner.  Mark’s best fishing buddy, Sophia, was born in 2016. Closely, followed by a little sister Flora.

Mark’s great love and pride for his family was known and felt by all that surrounded him. He will be missed. The water will never be the same without him.

Mark will be cremated, and his ashes scattered in Chocowinity at a later date. Please join his family to celebrate and remember the great life of Mark Reiss on Saturday, November 12 from 4pm to 8pm at the home of Brian and Kelly Lee.