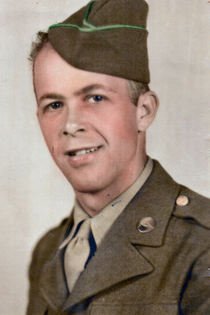 ZEBULON – Joseph Howard Massey, 93, died Thursday.  A native of Franklin County he was son to the late Joseph Preston & Bettie Bullock Massey.  He served in the U. S. Army where he drove a Half-Track under General Patton in Germany.  He later worked at Princeton Woodtech.  He was preceded in death by brothers, George P. & M. Charles Massey.

In lieu of flowers, memorials are requested to Zebulon Baptist Church.

Funeral service 11 am, Saturday, Zebulon Baptist Church with visitation from 10 -11 am, prior to the service.  Burial, Gethsemane Memorial Gardens.