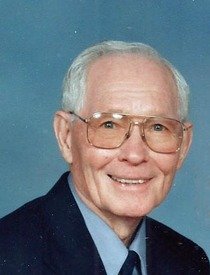 WENDELL – John McClelland, Jr., 85, died at home Sunday with his family by his side.  A native of Fort Benning, GA he was son to the late John McClelland, Sr. & Neely Olivia McQuiston Gray.  John was a member of Wendell Baptist Church, served in the U. S. Air Force, member of Wendell Masonic Lodge No. 565, West Allis Masonic Lodge No. 471, West Allis Royal Arch Chapter No. 84, York Rite, Ancient Accepted Scottish Rite, Shriners,  member of Wendell Chapter No. 87, Order of the Eastern Star and 10 time past Patron.  He was retired after 38 years at Siemens.  John was a generous person with a warm and inviting personality which drew people to him.  His family meant most to him in this entire world.  John enjoyed playing guitar, loved music, and airplanes.  He was preceded in death by brothers, Harold and Horace, sisters, Mary Ruby, Betty, Marion, & Peggy.

A funeral service will be held 11 am, Wednesday, Wendell Baptist Church.  Burial will follow with Masonic Rites at Greenmount Cemetery.

In lieu of flowers, memorials are welcomed to the Masonic Home For Children in Oxford, NC