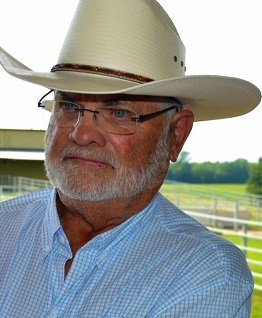 After a life of humble servitude, Irvin Duval Smith Sr. was called home to be with his Lord and Savior Friday, December 2nd. Irvin was born in Raleigh, NC to his parents Lillie “Eudell” Smith and Fred Julius Smith, Sr. He grew up in the Methodist Orphanage in Raleigh where his parents served as the House Mother and House Father. In later years, Irvin loved to recount and share stories of living with all of the boys at the orphanage. A few of his favorite memories included Saturday movie matinees in downtown Raleigh and playing sports including football, basketball and swimming. The Smith family moved from the orphanage to Aycock St. in Raleigh where Irvin graduated from Needham Broughton High School, lettering in both varsity football and basketball. He later received a Bachelor’s Degree from North Carolina State University. Anyone that knew Irvin, described him as a kind-hearted man that loved the Lord, his family and all animals. He worked as a builder, rancher and farmer and attended as many NC State sporting events as possible. Irvin loved to snow ski and due to some run ins with the ski-patrol was nicknamed Swervin Irvin. He was known as a devoted Husband, a loving Dad, the best Grandaddy, Uncle Irvin, Coach, Teacher and Bible class leader. Over the last few years you could find him with his grandchildren showing and teaching them about the cows, sheep, flowers, and chickens, while sneaking them ice-cream treats. Although Irvin has left a void in our lives, we rest in the truth of the Gospel and have no doubt that he was met at the gates of Heaven with a Father whose arms were outstretched and exclaiming “well done my good and faithful servant.”

A celebration of life will be held 11:00am, Tuesday, December 6th, 2022 at White Oak Baptist Church 13943 Buffalo Rd., Clayton. A private family graveside service will be held later in the afternoon.

In lieu of flowers, donations in memory of Irvin can be made to White Oak Baptist Church. Contributions will be shared between the Lottie Moon Christmas Offering and The North Carolina Baptist Assembly at Fort Caswell.

He is preceded in death by his mother, Lillie “Eudell” Formyduval Smith and father, Fred Julius Smith Sr.

He is also survived by brother, Fred Julius Smith, Jr. (Ginny). Irvin and Fred shared a life long bond and have worked together farming, construction & development and ranching. They both share a strong love of the Lord and their families.

He leaves a legacy of grandchildren, Lillie Marie Smith; Leighton Elizabeth Smith; Beckham Barnes Smith and Sutton Jack Smith. A multitude of nieces, nephews, and cousins whom he all adored.