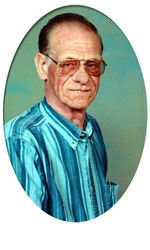 WENDELL – Henry Grady “Papa” Perry, 69, passed Saturday surrounded by his family.  He had the biggest heart, cared for everyone, and would do anything for anybody.  He was a loving husband, father, brother, Papa, & friend.  He was preceded in death by his parents, Aaron “Son”  and Kattie C. Perry, siblings, Nellie Bissette, Jack Perry, grandson, Matthew Stuffel, and son-in-law, Donald Stuffel.