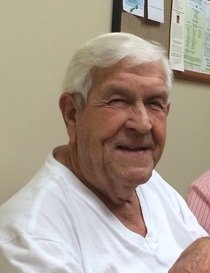 GARNER – George Bruce Stallings, 83, a true and faithful servant of the Lord went home on Thursday with his family by his side.  A native of Franklin County he was son to the late Floyd Earl & Nellie Gray May Stallings.   He served his country in the U. S. Army and worked as a brick mason. He was preceded in death by his brothers, Ed, Walter, Boyce, & Thomas Stallings

Flowers welcomed or memorials may be made to Hospice.

Memorial service with military honors, 3 pm, Monday, Strickland Funeral Home Chapel, 211 W Third St, Wendell with visitation from 1:30 – 3 pm, prior to the service and other times at the home.  A private inurnment will follow.  www.stricklandfuneralhomes.net.