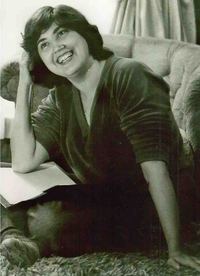 Ellen Marie Brooks , 73, of Wendell died at Duke Raleigh Hospital on Sunday, May 12, 2013 after a long and courageous battle with lung disease. She was born in Raleigh, North Carolina on April 22, 1940. She spent her childhood in Raleigh, attended Cary High School where she was graduated as a National Merit Scholarship Finalist. She did university study at N. C. State, University of Tennessee and did course work at Stanford University.

Ellen lived and worked in Washington, D.C. at the Bureau of National Affairs;  in Palo Alto, California at Stanford University, and finally in Nashville, Tennessee.  In 1980 she began a 23 year career as an entertainment journalist writing about the Country Music industry. There she was editor of The Nashville Newsletter, a columnist for Country Song Roundup magazine. In her work she met and made friends with many music legends, stars and wannabe stars. She had a long and respected life for her work and her ability to help others attain their goals in life. She was ever their cheerleader and helped them to make practical life goals.

Most important to her was her family and her critters. She would come back and haunt us if we didn’t list at least two dogs she had for twenty years each, Pepper and Skippy.

She was preceded in death by her mother, Nancy Elizabeth Johnson Brooks; her father, Ralph H. Brooks; her brother, Ralph H. “Buddy” Brooks, Jr. and her grandparents James Milton and Annie Mae Johnson of Raleigh.

She is survived by her best friend and aunt Jeannie Johnson and her “adopted” daughter (cousin) LuAnne Underhill; brother Stephen E. Brooks (Marilyn); aunts Mildred (Bob) Kalsey and Betsy Ann Smith; uncle Joel A. (LaVonda) Johnson and their families.  Survivors also include nephews Tim Underhill and Robbie (Sylvia) Underhill and their families.  Included as survivors could be a list of friends from around the country, but she would especially want to add Sue Hieter, Richard Addrisi, and Jax Patterson.