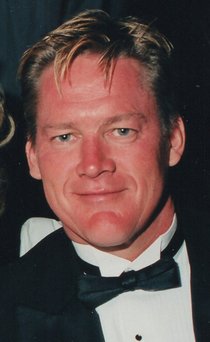 ZEBULON – Doctor Edward “Ted” William Westover, 56, went to rest with his son, Gavin, on Monday.  A native of Ft. St. John, British Columbia, Canada he was son to the late Gary Groves & Robin Mae Oliver Westover. Dr. Westover graduated from University Of Alberta Faculty Of Medicine And Dentistry, Edmonton.  He was Medical Director at Halifax Regional Medical Center where he saved many lives in the Emergency Room.  He was also EMS Director for several counties who valued his expertise.  Ted loved hockey which he played since he was a child.  The outdoors were his second home and he truly had a zest for life.  He will always be remembered for his wonderful sense of humor and his kind, Generous nature.  He was also preceded in death by his brother, Ricky, step mother, Simone.

Flowers welcomed or memorials may be made to Wendell Baptist Church or a charity of choice.