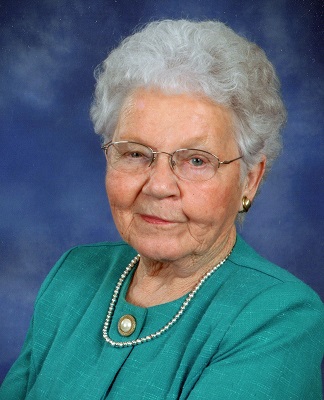 Doris Corbett Hicks, 93, “Mama Doris”, as she was affectionately known, passed on to her heavenly home early Monday morning. She was born in Johnston County, the third of seven children & the oldest girl to the late Esker Joseph & Blonnie Long Corbett. She worked with ITT/Alcatel from 1963 until 1988, when she retired after 25 years of service. She was preceded in death by her husband, John Hicks, grandson, Ken Hurlock, Jr., and her siblings, E. J., Carson, Herbert, & Donald Corbett all of Zebulon, and Shirley C. Hayes of Henderson.

Flowers are appreciated, or memorial contributions in her memory may be made to Heartland Hospice, 4505 FAlls of Neuse Road Suite 650, Raleigh, NC, 27609.

Funeral service will be held on Thursday, January 10th at Wakefield Central Baptist Church in Zebulon at 2:00 pm, with visitation from 12:30-1:45 pm in the the fellowship hall prior to the service. Interment will follow at Gethsemane Memorial Gardens.