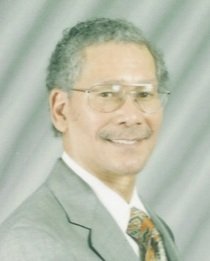 WENDELL – On September 5, 2014 an Angel of the Lord came to receive Alan Lauritz Hansen back to God.  He was surrounded by his beloved wife and family during the time of his transition.  Brother Alan L. Hansen was born on June 9, 1948 to the late Fritz Roy & Gladys Delores Jensen Hansen. He attended PS 119 in NY City as well as George Washington High School.  He received his associate’s degree from Bronx Community College and attended Baruch Business College.  He served in the U. S. Army during the Vietnam War and was a member of the 11th Infantry Brigade, Jungle Warriors.  He was a member of the American Legions, Veterans of Foreign Wars.  He loved western movies, and his favorite musician, Sade. He retired from the United States Postal Service after 30 years of service.  He was recipient of many official commendations and recognition of his contributions to the United States Postal Service.  Alan enjoyed bowling, fishing, and playing Chess. He also did some modeling. He was preceded in death by his brother, Karl Hansen.