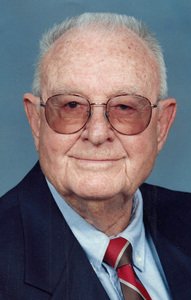 WENDELL – William Macon “Bill” Hinnant, 95, went to home to the Lord on Thursday.  He was son to the late Walter Robert & Alice Mayes Hinnant.  A graduate of Wendell High School in 1935, he attended UNC for a year, then left to work for First Citizens Bank for 4 years.  Drafted into the U. S. Army in 1941, Bill served 4 years in Iran as a Warrant Officer and assistant Post Engineer.  Following his separation from service, Bill entered the University of Richmond, graduating with a BS in Life Insurance & Estate Planning.  He worked for Acacia and later Connecticut Mutual.  Named Jaycee Man of the year, he was active in the Raleigh Chapter of the Jaycees, The Lions Club, the Wendell Historical Society as well as a longtime member of Wendell Baptist Church.

In lieu of flowers memorials may be made to Wendell Baptist Church.