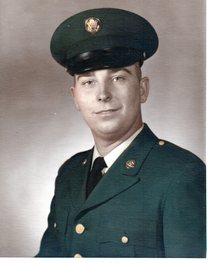 RALEIGH – Sgt. William Bill Henry Adams, U. S. Army Retired, died at home surrounded by his family on Monday.  A native of Wake County he was son to the late Marvin & Lois Pearce Adams.    Bill served in Vietnam & Operation Desert Storm.  After retiring from the army he worked for the General Service Administration from which he also retired.  He loved his family, guns, motorcycles, and anything outdoors.

He is survived by his beloved wife of over 43 years, Darlene Payne Adams of the home, daughter, Penny Adams of Wendell, grandchildren, Bryce & Madison Adams.

In lieu of flowers, memorials may be made to the Madison Adams College Fund c/o any Wells Fargo Bank.