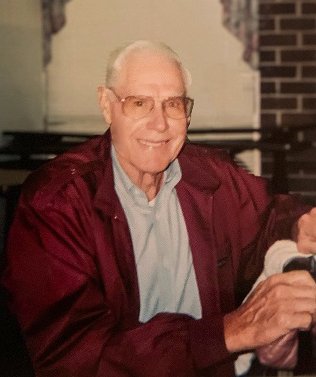 William “Bill” Driver, 93, of Wendell passed away on Tuesday, October 13.

Born March 9, 1927 in Johnston County, he is the son of the late James and Nellie Driver.

In 1947, he married the love of his life, Ruby McCray Driver, and together they raised three children as they built a life they loved. Mr. Driver was a life-long Johnston County farmer and leaves behind a tremendous legacy to his family. To say Mr. Driver farmed for a living would be an understatement. He lived to farm. He had a passion and love for farming; he was among the best of the best. He was a true southern gentleman and a man of unwavering integrity who was kind and reverent to all living things. He was a member of Baptist Tabernacle Church in Wendell, NC, where he taught Sunday School and served as a deacon for many years. He served in the Army Air Corps during WWII, on the Johnston County Board of Education, and was a Master Mason. Mr. Driver was loved by everyone whose path he crossed and could fix anything he set his mind to. He was the ideal family man and a loving husband, father, grandfather and great grandfather. Above all, he was a devoted man of faith who lived his life as a humble servant to God.

Special thanks to his granddaughter, Devin Driver, and to Springbrook Nursing & Rehab and Zebulon Rehab, who took great care of him in his final years of life.

Though his worldly presence will be greatly missed, his enduring legacy will serve to inspire those who knew him to walk by faith for eternity. Well done, thou great and faithful servant.

“How lucky are we to have something that makes saying goodbye so hard.”

In Lieu of flowers, memorial contributions can be made to the Youth Group at Baptist Tabernacle Church, 1599 NC Hwy 231, Wendell, NC, 27591.

A private graveside funeral will be held for immediate family at Baptist Tabernacle Church.

Available at www.facebook.com/stricklandfuneral on Saturday. He will lie in repose Thursday from 3-5 pm, at Strickland Funeral Home & Crematory, 211 W. Third St., Wendell. www.stricklandfuneral,com