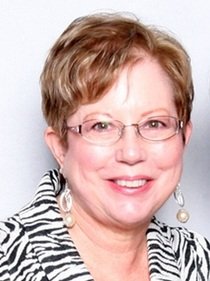 Veronica Ann “Ronnie” Howland of Wendell, NC, passed away peacefully in her home with her family on August 2, 2015, after a courageous battle with pancreatic cancer.  Ronnie was born in Grand Rapids, Michigan, on November 16, 1945, to Robert and Helen King.   She attended Grand Valley State University in Allendale, Michigan.   On August 8, 1964, Ronnie married her high school sweetheart, Howard, in Grand Rapids, Michigan. She spent several years working for a bank, as well as teaching tap dancing to children and contemporary dancing to adults.  The family moved to Wendell, NC in 1979.  Ronnie worked for over 20 years with her daughter making wedding veils for Cheryl King Couture.  She loved sewing and beading, and she volunteered for many years leading a group of ladies from the Wendell Senior Center in a group she called the ”Dancing Grannies” in various performances.  She was a loyal member of the Wendell Woman’s Club for 35 years, where she served as President numerous times, as a District Representative Sewing Chairman and Judge, and as a Sewing Judge for the District and State Woman’s Club Arts Festival.  Veronica was a loving wife, mother, sister, grandmother and a loyal friend.  She will be greatly missed by her husband of 51 years, Howard Howland of the home; daughter,  Cheryl King and husband, Mark, and daughter, Deborah Howland, all of Wendell; sister, Madeline King Stein of Vallejo, CA; grandchildren,  Stefan and Evan King of Wendell;  sister-in-law,  Diane VanderMolen and husband, Tom;  brother-in-law, Bill, and wife, Sandy; and brother-in-law, Mike, and wife, Pam; several well-loved nieces and nephews, and numerous others whom have expressed to the family how she was the mother figure that they never had and always wanted.

In the spirit of Ronnie’s love for her family and friends, a celebration will be held for the public at the Wendell Woman’s Club, 10 Cypress St., Wendell, NC 27591 on Thursday, August 6, 2015 from 6 to 8 pm. In lieu of flowers, donations may be made to cancer research.