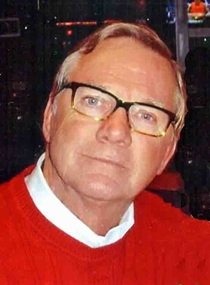 ZEBULON – Timothy Willard Lanier “P-Pa”, 65, died Tuesday.  A native of Wake County he was son to the late Melvin Mainer & Wilma Nowell Lanier.  Tim was a lifelong member of Zebulon Baptist Church and an ordained Deacon.  He was a member of Zebulon Lions Club for 15 years.  Tim served as a Major with the Wake County Sheriff’s Department and he retired from the City County Bureau of Identification (CCBI) for Wake County where he served as Director from 1988 – 2000.  He also worked for Petway, Mills, & Pearson for many years.  Tim served in the U. S. Air Force as an Ad Min Specialist.  He was preceded in death by brothers Robert Alfred Lanier & Melvin Kenneth Lanier.

Flowers accepted or memorials may be made to Zebulon Baptist Church, PO Box 366, Zebulon, NC, 27597.