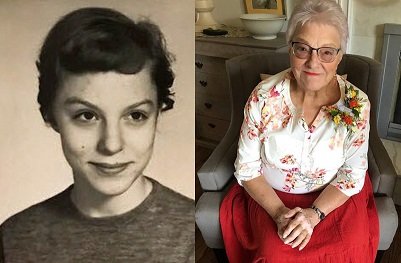 Suzanne (Suzy) Walyse Cook Bailey returned to our Heavenly Father on August 27, 2020.  She had just turned 83 on August 24th.  She was born on August 24, 1937 in Richmond Kentucky.  Suzanne had medical issues over the last few years but stayed strong, kind, and loving until the very end.

At the age of 12, she moved from Richmond, KY to Wendell, NC after her mother (Elizabeth “Bess” Walker) passed away.  She grew up there with her father, William Wayne Cook and adopted mother Evelyn (Honey) Rigsbee Cook and family.  She loved Wendell, had many friends, and graduated from Wendell High School.

Suzanne had a strong relationship with Heavenly Father and Jesus Christ.  She prayed fervently.  She was an active member of the Church of Jesus Christ of Latter-day Saints since the early 1970’s.  She was a wonderful example of Christlike love for her own family, friends, and especially the youth.  Suzy was a social person and loved being around others.

Music was an integral part of her life; it was in her blood.  She and the piano/organ were “one”.  She also sang a great deal and had been the Choir Director and Organist at church.  Suzanne was very patriotic.  She had a great love of and for America.  She especially loved patriotic music with the Star-Spangled Banner being here favorite.  She was so proud of her father as he had fought in WWII.

In addition to music, she loved animals, especially dogs, cats, and wild birds.  She loved Utah, but North Carolina was her home.  She lived much of her life in Wendell and Raleigh.  Suzanne had also lived in Idaho for several years.

A Graveside Service is scheduled for Thursday, September 3rd at 11:00AM at the Bountiful City Cemetery in Bountiful, UT.  Family and friends are invited.

In the future, we will be planning a memorial service to take place in Wendell, NC.