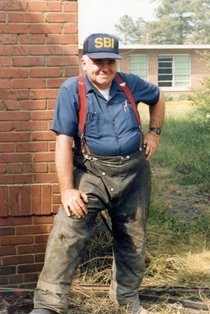 ZEBULON – Stephen “Steve” R. Jones, 75, went home to be with the Lord on Thursday after many years battle with cancer & other health issues. He was reared in Nash, Wake & Franklin Counties to the late Johnnie W. & Effie Gay Jones. He graduated from Middlesex High School

Steve went to work for the F.B.I. as a Fingerprint Clerk, He later served in the U. S. Air Force Reserves as a communications specialist. Following this he went to work part time with the NCDMV & then to work with the N. C. SBI until his retirement with over 30 years Steve worked in various positions he was a field agent/crime Scene Search Specialist, Arson & Fire Investigator & Supervisor. Steve testified as an expert witness in Latent fingerprint, palm print, and footprint identification. Steve worked for the Franklin County Sheriff’s Department as a bailiff, he worked with Courtesy Ford later Leith Ford. He was also a charter member of both Pilot Lions & Vol. Fire Dept. He was president of the Franklin County Fire Association. He was involved in his church in many capacities.

The family wishes to thank Gentiva Home Health & Transitions Lifecare for their kindness during this time.