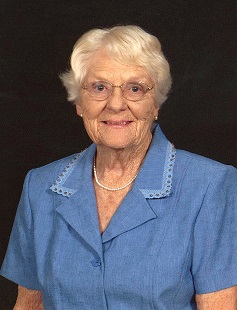 Ruby Inez Guthrie Norris, 96, went to her heavenly home on Monday, November 4, 2019.  She was born in Punta Gorda, Florida on June 25, 1923, to the late Thomas Hubert and Lina Parker Guthrie.

Ruby was married to Wilbur H. Norris, a WWII Veteran, both members of the greatest generation.  Ruby spent many years as a seamstress assistant to the Master tailor at Camp Lejeune making custom fit officer uniforms.  She is remembered by her quick wit, charming smile, and heart for serving others.  She never met a person who did not soon become a good friend.  She spent the last 12 years as a resident at Robinwood Retirement Community in Wendell, where she has many wonderful friends especially her caregiver, Connie.  Ruby was a member of the Wendell United Methodist Church while residing in Wendell.  She enjoyed her many visits from the loving members of this congregation.

She was preceded in death by her beloved husband, Wilbur Harden Norris, her mother and father, and her brother, Tommie Jerome Guthrie.