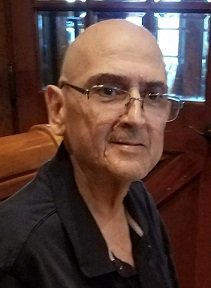 WENDELL – Ronald “Ronnie” Dale Faulkner, 63, went home to be with his Lord and Savior and his beautiful wife, Jennene “Aunt Nene” Faulkner. He is a native of Granville County but considered Johnston County to be his home. He was the oldest child of the late Charles Faulkner and Gladys Turner Faulkner, formerly of Butner.

September 5, 1987, Ronnie married his best friend, “Aunt Nene.” They married on his birthday so he would never forget his Wedding Anniversary. They grew up working tobacco together and in his own words “could not stand each other but ain’t it funny how things work out.” Ronnie and Jennene were two peas in a pod and like any marriage had their good times and bad times but the good always outweighed the bad. He was so grateful to have such a kind and loving woman care for him for the 32 years they were married until her ultimate passing in October of 2019. Although Ronnie was a “real piece of work,” he loved Jennene with all his being; he was devastated and heart broken by the loss of the love of his life.

He was a devoted member of Baptist Tabernacle Church where he served in multiple capacities including Brotherhood Chairman, Deacon, Missions Team Member, Choir Member, Old Time Spirit Quartet Member and BTC Community “Uncle Ronnie.” He was always willing to do whatever was needed when asked of him. Ronnie worked as a Mail Room Clerk for the N.C. State Department of Corrections for 30 years before his retirement in June of 2007. In retirement, he worked part-time as a Funeral Service Associate for Strickland Funeral Home, Wendell.

Ronnie never met a stranger, always going out of his way to spark a conversation to get to know you. He had a special talent for being a cut-up and making everyone around him laugh. Truly lighting up the room and if you are a part of the many who have been on the receiving end of his humor, know that you were privileged and highly favored by Ronnie. He leaves us with great memories and moments that we will cherish in our hearts forever.

In lieu of flowers, memorial contributions are requested to be made to Baptist Tabernacle Church, 1599 NC-231, Wendell, NC 27591.

A Funeral Service to Celebrate Ronnie’s Homegoing will be held, Tuesday, March 8, 2022, 2:00 pm at Baptist Tabernacle Church. Visitation will be held from 12:30pm – 1:45pm, prior to the service. Burial will take place in the church cemetery.