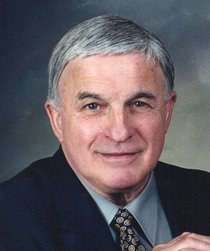 WENDELL – Roger West, Jr., 83, a true and faithful servant of the Lord went home to Glory on Tuesday.  A native of Washington, DC, he was son to the late Roger & Bertie McLamb West, Sr.

He was retired after a lifelong career with Verizon.  He served his country during the Korean War.  Roger coached youth league football & baseball.  His greatest gift though was spreading the word of God.  He was known affectionately as the “Tracts Man”.  He was preceded in death by a daughter, Cheri West.

In lieu of flowers memorials may be made to Parkinson’s Research or Hephzibah Baptist Church.