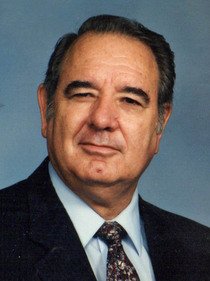 MIDDLESEX – Charles Brantley Bledsoe, 82, went home to be with the Lord on Wednesday. He was son to the late Onie Jane Brantley Bledsoe.  Reverend Bledsoe was cofounder of World Ministry Outreach with his lovely wife Jada Lee Engle Bledsoe. They started the first drug rehabilitation center in Ft. Lauderdale FL, which later opened other centers in different states.  The World Ministry Outreach also opened missions in the Dominican Republic & Haiti to help the needy.  He was preceded in death by his wife Jada and his daughter, Jayona.

In lieu of flowers donations may be made to East Wake Church of God.

Funeral service will be at 3 pm on Sunday at East Wake Church of God with a private burial to follow. Reverend Bledsoe will lie in state from 2-3pm prior to the service.