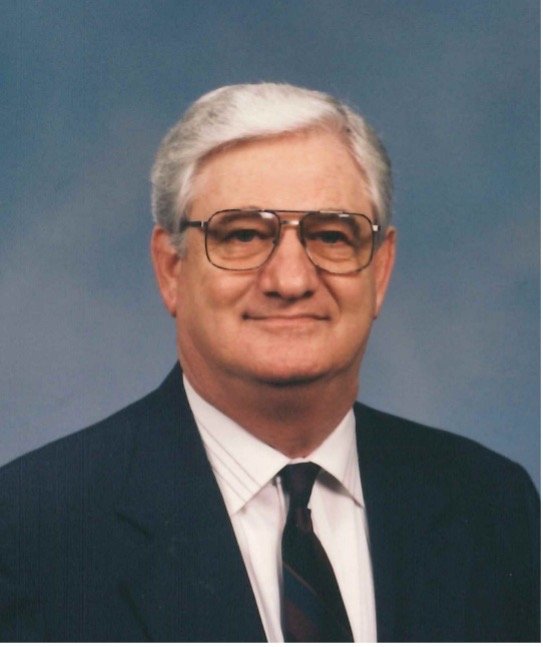 Winston Salem – Reverend Doctor Baxter Prevatte, Jr. age 88, a faithful servant of the Lord, went to his heavenly home on Monday, August 22. He was born in Moore County to the late Baxter & Vera Campbell Prevatte, Sr. Baxter began his career as Manager with the Johnson Cotton Company/Johnson Furniture Stores in Sanford and Siler City, NC. Recognizing a call to ministry while a member and deacon at Love’s Creek Baptist Church in Siler City, he began his theological studies at Campbell College. He then attended Southeastern Baptist Theological Seminary, Wake Forest, NC where he received his Master of Divinity and Doctorate in Ministry degrees. Dr. Prevatte served as Pastor to Stewartsville Baptist Church, Laurinburg, NC for 6 years, Flat Spring Baptist Church, Sanford, NC for 5 years, Wendell Baptist Church, Wendell, NC for 26 years. He also served as interim Pastor to several local churches in the Raleigh area after he retired in 1999. Those churches were Highland Baptist, Athens Drive Baptist, Mount Moriah Baptist, Woodland Baptist and White Oak Baptist. He served in ministry for 58 years. He was a member of the Rotary Club in Wendell. He served as Moderator of the Sandy Creek Baptist Association and also the Raleigh Baptist Association during his ministry. He received the honor of “Baxter Prevatte Day” in Wendell in 1993. He wrote weekly inspirational messages for the Gold Leaf Farmer for many years. His dissertation for his Doctor of Ministry work focused on ministry with Senior Adults. This led to him being instrumental in bringing the Eastern Wake Senior Center to Wendell, NC in the late 1970’s. Baxter loved his Lord first, his family second, and his church family third. He had a thirst for knowledge and a passion for reading. He loved fishing and all things UNC sports, especially basketball. He loved people and talking to people wherever he was, as he never met a stranger. Heaven has gained a man with a true servant’s heart. He will be missed by many, especially his family and his “Shelby Jean”.

He is survived by his wife and best friend, the love of his life for 67 years, Shelby Jean Steelman Prevatte of the home, children, Ron Prevatte (Stephanie) of Montevallo, AL, Terry
Prevatte (Jan) of Wilmington, NC, Lisa Ryan (Bradley) of Franklinton, NC, Steve Prevatte (Kelli) of Loudon, TN, 10 grandchildren, and 8 great grandchildren.

A Celebration of Life Service will be held on Saturday, September 10 th at 11:00 a.m. at Wendell Baptist Church in Wendell NC. A reception will follow immediately after the service in the Fellowship Hall.