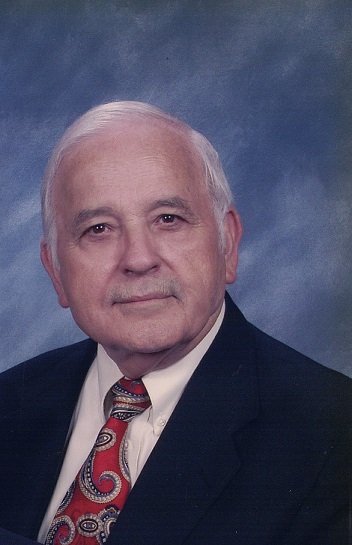 Percy Bryant Parrish, 90, died Monday morning February 18, 2019.  He was born and raised in the Zebulon Wendell area.  At age 18 he joined the Army & was part of the U S occupation in Italy.  When he returned from Italy, he became a Paratrooper with 82nd      Airborne.  When Percy returned to Zebulon he served in the local National Guard.

In 1953 Percy opened Parrish Supermarket.  He and his wife Peggy operated that business side-by-side for 32 years until it closed in 1985.  Percy went on to become a licensed general contractor, working with his brother, William.  In later years he worked part-time with the Wendell IGA where he enjoyed talking with many of his former customers.  He was preceded in death by siblings, Rachel, Shirley, Excell, & William.

Percy was a faithful member of Zebulon Baptist Church for 57 years where he enjoyed the fellowship of his Sunday School class and served as a Deacon for many years.

Flowers welcomed, or memorials may be made to the Zebulon Baptist Church Building Fund.

Funeral service 11 am, Thursday, Zebulon Baptist Church with visitation from 9:30 am – 10:45 am, prior to the service & other times at the home.  Burial Gethsemane Memorial Gardens.