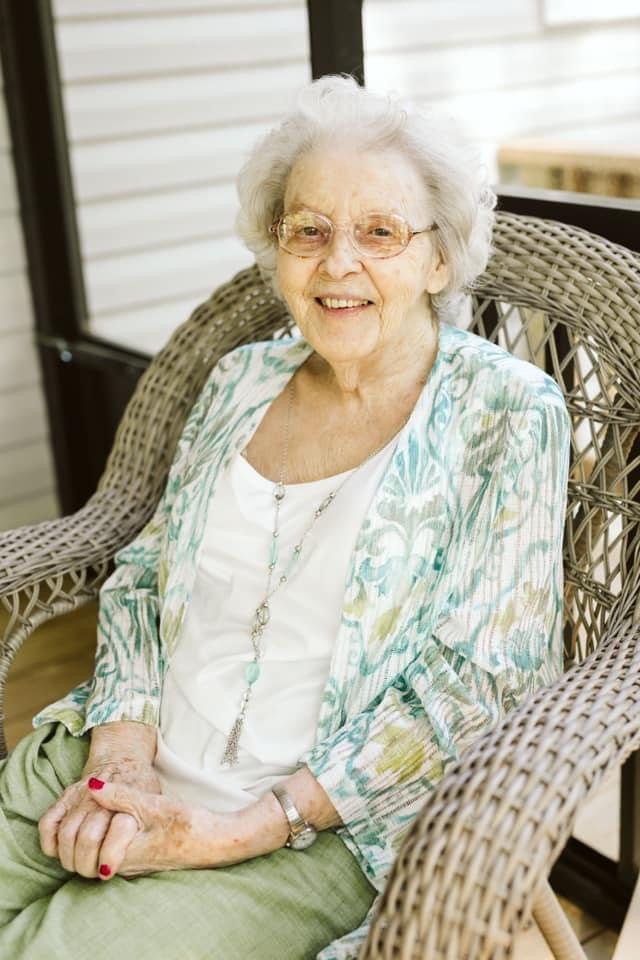 Muriel Isabelle Smith formerly of Winona Lake, Indiana passed away on Friday, June 11, 2021 in North Carolina at the age of 96.

She was born on October 28, 1924, in Ontario, Canada to Isabella Jane (Russell) Covert and Thomas J. Covert. Muriel was a young nurse attending a church event where she met a young man by the name of Howard Albert Smith, who had just returned from serving in the Navy during WWII. She let him walk her home, which blossomed into walking her down the aisle on September 3, 1949. They shared 62 years of marriage and were blessed with two daughters, three sons, and sixteen grandchildren before he passed away on November 15, 2011.

Howard came to know God through Muriel and he studied to become a Presbyterian minister. Muriel was the epitome of a pastor’s wife …. always supporting her husband, Reverend Dr. Howard A. Smith through all his educational and pastoral endeavors. Muriel wore many hats during her lifetime. She was a nurse, a wife, and her favorite, simply being a mother raising her children and relishing her role as a grandmother.

Howard and Muriel moved to the United States in 1960 and became citizens of their adopted country in the bicentennial year 1976. They moved to Warsaw, Indiana in 1977 where he served as Pastor of the First Presbyterian Church from 1977 to 1990. Muriel enjoyed spending their winters in Harlingen, Texas, traveling to see family, and continuing to tirelessly spread the good news of Jesus Christ to the world.

She will be lovingly remembered by her children and their families…

Heather Smith Lemon of Vail, Colorado and her children and their spouses, Jamie Lemon Musgrove and Shane, JD and Shannon Lemon, Kelly Lemon Vizcaino and Agustin;

Ian Howard Smith and Titi of Aptos, California and their children Savannah and Luke;

Murray James Smith and Karen of Houston, Texas, and their children, Katie, Rachel, and Ethan;

Janet and Ronald Intini of Zebulon, North Carolina and their children and their spouses, Alexis Intini Hess and Danny, Elita Intini -Berridge and Chris, and Jacob Intini;

She was preceded in death by her parents, husband, two sisters, three brothers, and one grandchild.