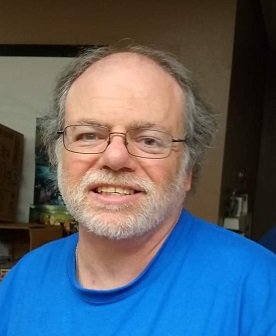 Michael is predeceased by his father Michael Adam Callan and his nephew Christian Michael DeSimone.

He is survived by his loving mother, Rosemarie and his five sisters, Annmarie and Tracy Callan, Wendy Matthews, Victoria DeSimone, and Jennifer Culkin. Michael was also an uncle and role model to many nieces, nephews, great nieces and great nephews.

Michael was known as an avid enthusiast of automobiles. He collected various model cars and loved to build them, both big and small. He was a member of the Town of Newburgh, NY Model Car club going back to 1981, missing only about ten meetings over his course of time with the club. Anyone that knew Michael knew cars were his passion, even if they just met him. Additionally he shared a love of train models just as much.

Michael enjoyed being a library of knowledge to those around him, sharing stories about a great many things that he was passionate about. Of the stories he loved to talk about were his days as a Boy Scout or the story of how Norad started tracking Santa, and of course anything car related.

While he didn’t have any children, he owned a 1965 Plymouth Satellite with hopes of one day restoring it to it’s former glory.

Michael will be missed by all those that he leaves behind, but each knows in their own way he is still with them.