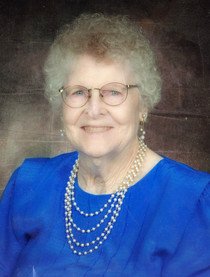 Rachel as everyone knew her was raised on a farm with 11 other siblings.  After leaving home she did time being a Rosie the Riveter, by working in the machine shop of an airplane factory in the Washington D.C. area.  Later she married Louis Hamlin and had two children Richard and Loretta, Then later she had 2 more children, William and Gayle with Harry Potter.

Rachel is survived by a sister and three brothers Darathy, Allen, Mahlon, Bernard, and her children Richard, Loretta, William, and Gayle, and her 9 grandchildren, and 9 great grandchildren.

In lieu of flowers the family suggest there be donations to Corinth Baptist Church for the Kids Camp Fund. Thanks you for all your support and prayers.

She was a member of the Corinth Baptist Church. Services will be held there on Saturday May 14, 2016 at 3pm and viewing will be from 2-3 pm just before the service.