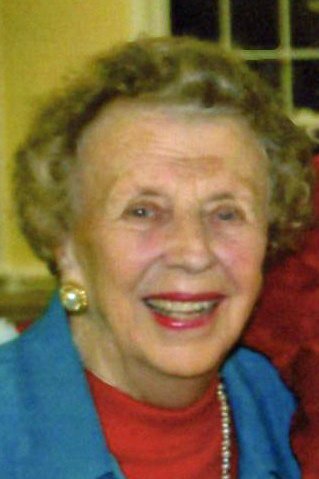 Wendell – Mavis Eudy, a long-time resident of Wendell, passed away at Rex Hospital just one month shy of her 90th birthday. She was born in Wilson County, NC, but moved to Wendell as a teenager.  She married Bill Eudy, a Wendell Police Officer, when she was 19.  They had one son, Shelton Tilmon Eudy who was a Raleigh Firefighter.

Mavis will be remembered as a strong-willed, independent lady who rarely asked for help.  A few weeks before her death she could be seen cutting her grass on her riding lawnmower.  She worked as caregiver for many years in the Wendell- Zebulon area and was an active participate at the Wendell Senior Center.  She was a charter member of the Wendell Presbyterian Church.
Mavis is survived by her sister Annie Boykin Mizzelle of Wendell.  She also is survived by many nieces and nephews.

She was preceded in death by her husband Bill, son Tilmon, brothers Pete, Earl, James, and Vernon Boykin as well as her sister Mildred Boykin Raper.

Per her wishes, there will only be a private graveside celebration of her life.
In lieu of flowers, contributions may be made to Meals on Wheels of Wake County or the East Wake Senior Center.