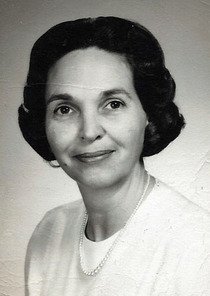 Mary Charlotte was the bookkeeper for many years for the Liberty-Farmers Tobacco Warehouse in Wendell and continued to be interested in all things relative to farming.  Mary Charlotte was the last surviving member of the WENDELL Octet, a musical group that developed as a result of a church fundraiser.  Their harmony will now be enjoyed by the angels.  She was a multi-talented individual with varied interest.  She enjoyed cooking, reading, gardening, traveling, meeting new people and sharing her knowledge with others.  She was a master of conversation.

Funeral services will be held on Sunday, March 23, 2014 at 3:00 at Wendell United Methodist Church with private internment prior to the service.  A visitation will follow the service.