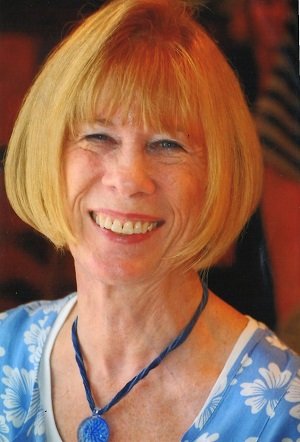 Martha Speight Adams Connolly departed her earthly home on August 4, 2020 for her heavenly home.  Martha was born on July 31, 1943 to James C Speight and Frances A Speight in Rocky Mount. She attended and graduated from Rocky Mount High in 1961 and from the University of North Carolina in 1965. She met Ed Adams at UNC and they were married in June of 1966.  Ed passed away December 5, 1989 at age 46. Martha met fellow widower Bill Connolly in 2004 and the two were married in 2005. Martha leaves behind many friends and family who mourn her loss. Among those are her loving husband, Bill, daughter, Allyson Dickens Gardner (Scott) and son Ned Adams (Jennifer). She was so proud to also be a mother to Kelley Connolly, Donna Caldwell, Michael Connolly, and Jaime Connolly. She also leaves behind 7 grandchildren, Cole, Jackson, Avery, Peyton, Will, Dexter, Jacob and sister-in-law Carol Ware. Her only brother, Jim Speight predeceased her.

Martha was a lady of passions. She was so passionate about her God, her church and her family.  She spent a fulfilling life in a teaching career and did everything in her power to prepare her students for their life ahead. Martha taught in Charlotte, Elkin, Broadway and ended her career at Tramway Elementary in Sanford.  Included in her passions were her Tar Heels and everything Tar Heel blue.  Bill often kidded her that the main reason he won her over was for his UNC tickets.  She loved attending sporting events of all kinds with Bill, especially UNC basketball games.  In 15 years of marriage, she and Bill lived an inspiring love story and enjoyed travelling and spending time with family and friends, especially their Friday Night Crew. In retirement, Martha found inspiration in painting and hosted several local art shows.

Due to COVID-19 there will be no church funeral at this time.  A memorial service will be held when it can be done so safely. In lieu of flowers, please send donations to the Wendell United Methodist Church Building Fund online giving at http://www.wendellumc.org/

A graveside service will be held and family and friends are invited to attend while observing current social distance guidelines.  Livestream at www.facebook.com/wendellumc