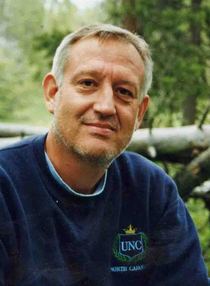 WENDELL – Marshall Clarence Henry, Jr., 68, passed away on Wednesday, March 2, 2016.  He was a native of Wake County.  Marshall graduated from the University of North Carolina at Chapel Hill with a BS Pharmacy Degree.  He worked with Revco & Kerr Drug Stores, where his customers were most important to him.  Later he joined his mother at Elizabeth’s Antiques in Wendell for over 25 years.  He loved the Tar Heels, traveling (especially to Texas), golfing, hunting, and camping, a true sportsman.  He was preceded in death by his daughter, Angela Michelle Henry in 1989 and father, Marshall Clarence Henry, Sr. in 1991.

Flowers welcomed or memorials may be made to a charity of choice.