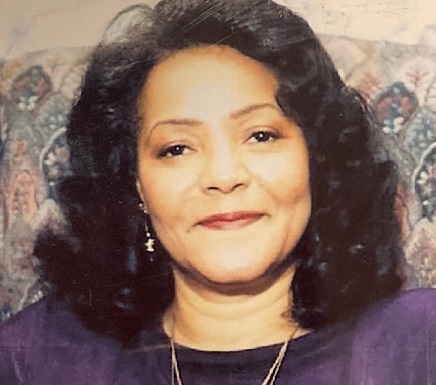 Dr. Maisha Dorrah Britt aka Margaret Helen Dorrah, daughter of the late Broadus and Versena K. Dorrah, and twin sister to Marion H. Dorrah was born on October 22, 1944 in Laurens, SC. She went home to be with her Heavenly Father on March 25, 2020, with her loving daughter, Terri, adoring granddaughter Taela, and spiritual sister Laura by her side. She resided in Zebulon, NC.

Maisha accepted Christ as her Lord and Savior at an early age and was baptized at the Hopewell Baptist Church in Laurens County, South Carolina. During her early years, her family moved to Princeton, NJ, where she began her early childhood education. During her pre-teen years, she moved with her family to Philadelphia, PA, where she attended William Dick Elementary, Fitzsimons Junior High, and Murrell Dobbins Vocational Technical High School, where she studied Practical Nursing. She attended Sanders High during the latter part of her senior year and graduated with honors.

After returning to Laurens, Maisha became reacquainted with a childhood friend, the late Willie B. Williams. They later married and from this union two daughters were born; Terri and Trina. She loved and doted over her girls and enrolled them in the arts, dance, modeling, and other cultural, educational and foundational development activities. While residing in Philadelphia, she and her daughters became members of the New Gethsemane Baptist Church in Germantown, under the leadership of the late Reverend Dr. Samuel B. Jordan, where she sang on the Jordan Chorus.

Maisha enjoyed a myriad of professional careers including being one of the first female police officers appointed to work patrol duty in the City of Philadelphia, as part of a study program ordered by the Justice Department, to prove that women could perform the job as well as male officers and, with a successful result, to compete in promotional exams for upward mobility and elite job assignments. A few years later, she was appointed to the Philadelphia District Attorney’s Office and in 1982, she became the first female detective to be promoted to Prosecution Detective Sergeant in the history of that office. She retired from the City of Philadelphia in 1990.

After moving to Delaware, she became a Social Worker for the Department of Health and Social Services. Maisha also worked as a Substitute School Teacher, Child Support Enforcement Specialist, and was subsequently appointed to the Delaware Department of Insurance as the first female Special Agent in the history of the Insurance Fraud Prevention Bureau. She retired after 10 years of dedicated service to the State of DE.

She served as Special VIP Security detail for Mrs. Coretta Scott King during her speaking engagements in the Philadelphia area; and as a Security Team Supervisor during the 1996 Centennial Olympic Games in Atlanta, GA. She loved and enjoyed her Law Enforcement career.

Upon receiving her Ph.D. in Biblical Counseling, and being licensed as a Clinical Christian Therapist, she continued her studies and had been examined by the National Board of Christian Clinical Therapists and was awarded the distinction of membership with all rights, privileges, and honors appertaining to education, training, and ministry in counseling. Maisha served as an International Representative for the National Christian Counselors Association, and the Sarasota Academy of Christian Counseling. She served as a Professor of Christian Counseling, supervising Master and Doctorate candidates, for the Sarasota Academy, Calvary Bible Institute and Friends International Christian University. She was a counselor, teacher, musician, vocalist, and published author and poet.

Maisha was a member of the Enon Tabernacle Baptist Church in Philadelphia, under the leadership of Reverend Dr. Allyn Waller.  She was an associate member of Peoples United Church of Christ in Dover, where she sang on the choir. She was a member of the Delaware Choral Society, where she sang soprano, and served as vice-chair of the Board. She was a longtime member of the American Association of University Women (AAUW), and had served as the Dover Branch President, and AAUW DE State President. She had also served as the State President for Church Women United of Delaware and Maryland Upper Shore (CWU) and had presided over Ecumenical Services. She was selected and appointed to serve on the newly formed Dover Human Relations Commission and was elected as their first chairperson.

Maisha served on several boards of trustees and directors and had received numerous honors and awards. She was a 2018 recipient of the Albert Nelson Marquis Lifetime Achievement Award. Among her world travels, she visited New Zealand and Australia with the IAWP and as an Eisenhower People-to-People Citizen Ambassador.