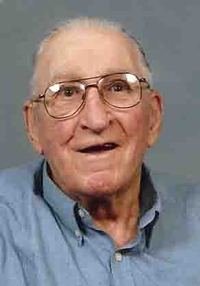 ZEBULON – Lawrence Albert Wood, 92, died Friday.  A native of Yulan, NY.  He was son to the late Frank & Anna Smith Wood.  He was a veteran in the U. S. Army where he served in WWII European Theater.  He was an Aerospace Engineer for Singer Kearfott.  He was preceded in death by his wife of 32 years, Selma Marie West Wood and his wife of 32 years, MaryEtta Wood and grandson; Charles Jr.

Flowers welcomed or memorials may be made to your local American Legion.