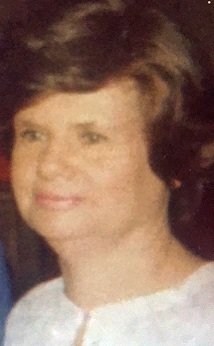 Born April 19, 1942 the daughter of the late Nelson LaMay and Vira Strickland LaMay formerly of Goldsboro, NC.  She was the sister to Maxine, who proceeded her death in Florida.

She married Bobby M. Lassiter in 1957 with whom she had three girls: Vickie Lassiter Zellers of Temple, Texas, Vira Ann Lassiter Burris (husband Kregg Burris) of  University Heights, Ohio, and Jessica Lassiter Heggie, who passed away with her on December 9, 2020.  In 1991 she married Dr. James Franklin Hulin and they resided together in Zebulon, NC. until his death on Oct. 23, 1993.

Judy was both a homemaker and diligent worker for various companies before working for the State of North Carolina Division of Employment Security until her retirement. She sold Home Interior products for many years, was active in church most of her life, and was an excellent cook, who enjoyed sewing and reading. While married to Bob, she was an Air Force wife, who lived in California, Colorado, England, Nevada, and New Mexico before returning back to North Carolina. She adored “Doc”Hulin with whom she only had a fews years together before his passing and with whom his memory she greatly cherished.

She tragically passed away on Death Dec 9, 2020 from injuries sustained in the fire in her home in Zebulon, NC along with her daughter, Jessica.  In leu of flowers, contributions can be made to her memory to  the Zebulon Fire Department 1003 N. Arendell Avenue, Zebulon, NC 27597 for their heroic effort in attempts to save her and her daughter.

A memorial service for Judy will be announced at a later date.