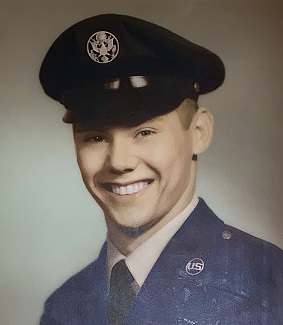 WENDELL – Carl Hull, 81, died peacefully in his sleep on Saturday.  He was born the middle son to Josiah Evans and Miriam Nowell Hull, with brothers, Claud and Bobby(deceased) and sister Mary Ann.  He lived most of his life in Wendell, graduating from Wendell High School in 1956.  He married his childhood sweetheart, Lynda Sykes Hull in 1956 and they remained married until Lynda’s passing in 2017 – over 60 years of marriage.

Carl served in the Air Force in the late 1950’s and graduated from Atlantic Christian College in 1964.  Professionally, Carl worked as an Accountant, doing his initial training at one of the Big 8 accounting firms.  He worked at Telerent Leasing Corporation, was CFO at Aerotron and later co-owned Modern Electric Company with his friend, Ron Ray.

Carl was an avid fisherman and hunter.  He owned several boats and a beloved beach house at Atlantic Beach, NC.  He enjoyed several hunting safaris.

He lived a long and full life with several good friends.  Happy New Year to All!

In Lieu of flowers, please send a donation to the SPCA.