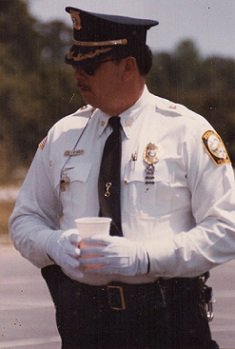 ZEBULON – Joseph Wayne Medlin, age 67, passed away at his home on Tuesday, November 15, 2022.  He was born October 25, 1955 in Nash County to the late Joseph Benjamin Medlin and Shirley Jean Brantley Medlin.  He is a Former Police Chief of Zebulon Police Department, where he had 28 years of service.  Also, he was the Owner of Medlin Floor Systems and previously worked as an Engineer for Bayer Pharmaceuticals in Clayton.  In addition to his parents, Wayne is preceded in death by a sister, Lynn Fleming.

Funeral Service will be held 3:00pm Monday, November 21, 2022 at Social Plains Baptist Church, 639 Hagwood Road, Zebulon with visitation taking place for 1:30 – 2:45pm, prior to the service.  A private burial will take place.

He is survived by his wife, Charlene Medlin; sons, Joseph Medlin and Ernest Medlin both of Zebulon; sister, Anita Sickles of Arkansas; the mother of his children, Ruth Privette Boone; mother-in-law, Frances Bass; brother-in-law, Todd Bass (Nicki); niece, Kaylee; many other nieces, nephews and extended family; as well as his fur-baby, Maggie