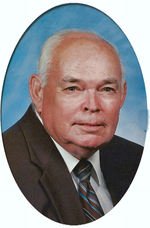 ZEBULON – John “J.W.” Williams Crowder, Sr., 78, died Saturday.  He was a native of Wake County and son to the late Noah & Irene Martin Crowder.  J. W. was a retired Parks & Recreation Supervisor with the City of Raleigh.  He was a man who believed in helping and being of service to others, especially children.  He was a member of Archer 165 A.F & A. M..  He was preceded in death by his first wife, Delia Croom Crowder and sister, Annette Franks.