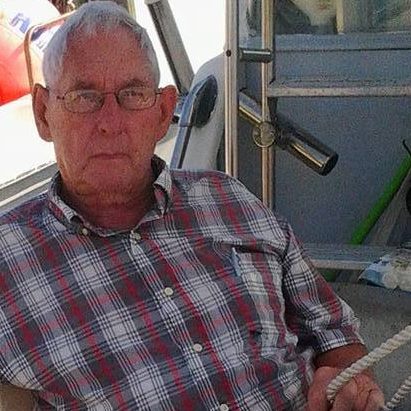 On the evening of January 20th our Dad, Jim Elzie Wrenn, left this earth and went to be with our Lord. He was 92 years old.
Dad was diagnosed with Pancreatic Cancer on January 1st and from that point rapidly declined.
When the oncologist gave Dad the news that his condition was incurable, Dad just looked at him and said, “Well, I am 92 years old, I have lived a wonderful and richly blessed life and I have absolutely no complaints”.
Dad was born on the family farm during the great depression on October 1, 1929. It was there as a young boy that he began his life as an entrepreneur, setting out rabbit boxes and watching over a neighboring farmer’s fence line and making repairs as needed.
When he became old enough, he left the farm and went to live in Durham, NC to become an Apprentice in Upholstery. While there he became a golden gloves boxer, winning the regionals in his weight division before breaking his collar bone in an auto accident.
He then moved to Zebulon, NC, got married and opened Wrenn’s Upholstery. He later put in a sawmill and lumber yard and began building furniture thus establishing Wrenn’s Furniture and Upholstery. After completing a correspondence course, he expanded his business to include TV and Radio repair.
In subsequent years he continued to offer more goods and services, including aluminum and canvas awnings and in 1966 after becoming frustrated at how difficult it was to find replacement parts for his vehicles, he founded P&W Auto Parts.
In 1986 our mother passed away and he never remarried. His siblings, Luther Wrenn, Calvin Fletcher Wrenn, half siblings, Lyndon Brantley, Valton Brantley, Ruby Wrenn Hughs, Bertrude Wrenn Anderson, Bessie Wrenn Fallin, Wilma Wrenn Little, Edna Wrenn Starlet, & Charles Franklin Wrenn.
In 1993 after a devastating fire, the decision was made not to re-establish the business but to retire to the coast where he could do what he enjoyed most,,,”fish”.
He purchased a large boat and even lived on it for a couple of years as his entrepreneurial spirit soon resurfaced. He soon purchased a place to live along with a number of pieces of rental property, thus becoming a landlord.
Over the years and until recently, Dad enjoyed the company and good times of many friends and family as they would join him on his boat and go out fishing.
We would like to thank all of those, many of whom are no longer with us, for the time and friendship you shared with our Dad. May God Bless you all.
He is survived by his sons, Jim Wrenn (Stephanie), Mike Wrenn (Shirley), siblings Frank Wrenn, Ada Hicks, grandchildren, Andrew Wrenn, Mandy Jones (Bill), Thomas Poole (Laura), Sean Poole (Ashley), great grandchildren, Holly, Logan, Abbie, & Gabbie Jones, Jude, & Nolan Wrenn, Colton, Carter, Charlotte, & Savannah Poole.
In lieu of flowers, memorials are requested to panCAN, Pancreatic Cancer Action Network Charity, PanCAN.
Funeral service 2 pm, Tuesday, Union Hope Baptist Church with visitation from 1-2 pm, prior to the service. Burial, Murray family cemetery.
Arrangements are with Strickland Funral Home & Crematory, 211 W. Third St., Wendell