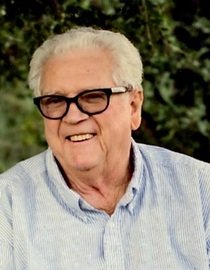 ZEBULON – Jerry Mack “Short” Brantley, 84, went home to the Lord on Tuesday.  A native of Nash County he was son to the late Mack & Mary Brantley.  He served his country in the U. S. Army delivering ammunition to the front lines during the Korean War.  He was a member of both the Zebulon Volunteer Fire Department & charter member of the Zebulon Rescue Squad, he was in the Zebulon Lions Club and instrumental in starting the Five County Beekeepers Association.  Short truly lived his faith in Christ.  His family were the most important thing in the world to him.  To say he was a character would be an understatement.  He left everyone with a smile.  He was preceded in death by a son, James Mack Brantley, siblings, Gus Brantley, Nancy B. Poythress, & Pat B. Quadrozzi.