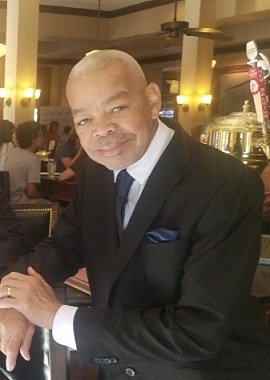 Jerome Motley, affectionally known as “HaPa”, 73, passed away unexpectedly on Saturday, Sept. 17 at his home.

Born Sept. 30, 1948, in Detroit, Michigan, to Prentice and Louise (Moore) Motley, Jerome lived most of his life in the Detroit area.

A 1967 graduate of Ecorse High School, Jerome also graduated from DeVry University with an Associate Degree in Electrical Engineering.  He was drafted into the United States Army to serve in the Vietnam War, which he did for two years.

On April 4, 1970, Jerome married the love of his life, Denise Annette Christian in Detroit, MI.  They were blessed with two sons, Von Kyle (Kileen) and Jerome Dallas (Melony).  A devoted and loving couple, Jerome and Denise were married 38 years, before she passed away on December 28, 2008. They had welcomed their first and only grandchild Basia Annette Kiley Motley, on August 29, 2008.

Jerome started his professional career at Pinwalt Gas Company. He then went to work for General Motors as an electrical engineer technician – retiring in 2009, as a calibration lab technician after 31 years of service.

Jerome lived most of his life in the Detroit area, until he moved to North Carolina with his son, Von and daughter-in-law Kileen. His grandchild, Basia was the apple of his eye and he doted on his “BooBoo” every day.

An exceptional vocalist, Jerome was in the Army Music Corp and was a member of The Motivations.  Jerome loved Motown music and could be heard playing and singing tunes by the Temptations, Sam Cook, Otis Redding and many others as he was working in the yard.  Jerome prided himself on preparing and maintaining a lush and enviable lawn.  He was known as the man who could fix anything and was a self-proclaimed expert on Vacuum Tubes.

Another one of his passions was animals of any kind, but especially cats and dogs.  He was a gentle soul who was kind and generous and would do anything for those he loved.

Per Jerome’s wishes there will be no funeral service, but rather a celebration of life held on October 8th, details to follow. He will be laid to rest beside his beloved Denise. Those wishing to honor Jerome’s memory may do so by donating to the Animal Shelter of your choice.