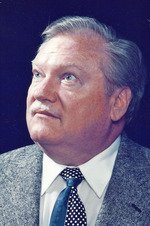 He taught voice and piano in his private studio for 35 years.  Jim led many workshops all across the U. S.   He was former Minister of Music at Hudson Memorial Presbyterian Church, Edenton Street United Methodist Church, Music Director for St. Eugene’s Catholic Church in Wendell for 8 years until the present.  He was Conductor & Musical Director for the Raleigh Oratorio Society, now the North Carolina Master Chorale for 23 years, and Conductor of The Jim Marshall Chorale for 15 years.

He was involved in concerts extensively in Europe as soloist, choral singer with the Robert Shaw Chorale and as a conductor of choral groups.

He sang with orchestras such as the NY Philharmonic, The Philadelphia Orchestra, The Princeton Symphony, The San Antonio Symphony & many others.  In 2002 He was invited to conduct the Prague Symphony in a festival of Dvorak’s music in 3 European cities with his Jim Marshall Chorale.

Jim was a lifelong member of the Raleigh Lion’s Club which he took great joy in.  He was also owner of Carolina Waterproofing Company.

A Mass of Resurrection will be offered Monday, 11 am, St. Eugene’s Catholic Church, Wendell.