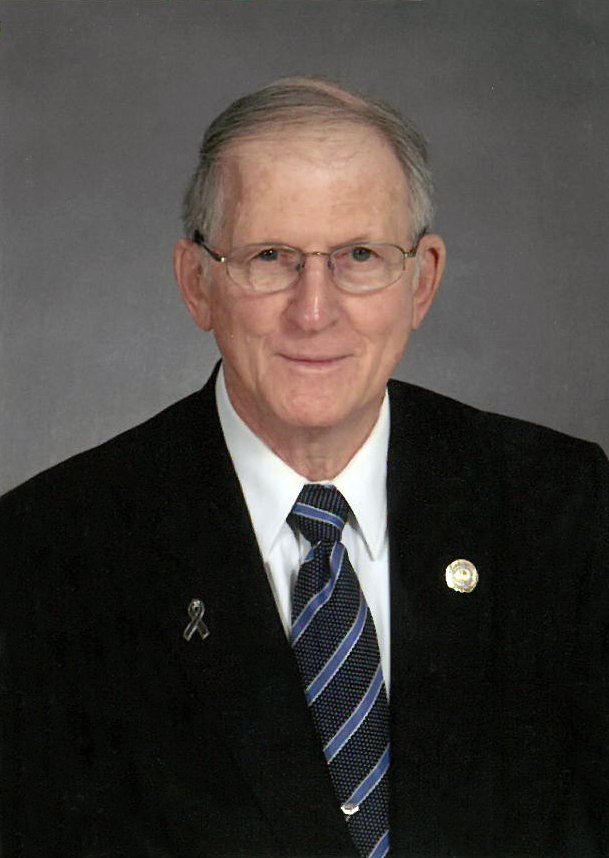 MIDDLESEX – James Bruce Crater, Jr., 89, went to be with the Lord on Wednesday. He was born in Salisbury, NC, in Yadkin County to the late James Bruce & Julia Howard Franck Crater, Sr. He was a proud Eagle Scout. Bruce won the Naval Reserve Officers Training Corps Scholarship. He entered UNC Chapel Hill as a Midshipman in the Naval Reserve and served for 3 years until his honorable discharge. He received his BA in English from UNC Chapel Hill in 1955. During his time at UNC Chapel Hill, he became a lifetime member of Chi Psi fraternity, was a part of the Men’s Honor Council, was a lettered JV Basketball player, and later joined the UNC General Alumni Association.

Bruce worked as a Certified Medical Representative for Lakeside Laboratories then Merrell Dow Pharmaceutical until his retirement. Bruce was an active and devoted member of Hayes Barton United Methodist Church and Rocky Cross Baptist Church. He was preceded in death by first wife, Crama Strickland Crater, his second wife Inez Mullen Crater, & third wife, Emily Mitchell Crater. He was also preceded in death by his sister, Julia Ann Crater Rand.

Funeral 11:30 am, Saturday, March 19, 2022, Rocky Cross Baptist Church with burial to follow in the church cemetery.

Flowers are welcomed, or memorials may be to Parkinson’s Foundation https://www.parkinson.org/ways-to-give or to Dementia Society of America https://www.dementiasociety.org/donate.